In software application development lifecycle build automation is one of the important areas.Build automation involves automating some of the processes involved in releasing a software into production. It involves compiling of source code, fetching dependencies, building docker images and running testing.

Build automation eliminates a lot of manual steps in releasing a software into the production environment.With build automation, some of the tasks that developers traditionally did are standardized to become scripted, repeatable and automated.

However, with automation, the organisation can become flexible, agile and responsive to the changing demands of the business landscape. Since many software build processes are repetitive, they are excellent candidates for automation. Build automation sets the stage for a number of benefits and provides the foundation for more sophisticated DevOps processes.

Some of the benefits of Build Automation:

Cloud Build is a service that allows you to run your builds on the Google Cloud Platform.Cloud build can import source code from a variety of repositories or cloud storage spaces, run a build according to your instructions, and generate objects like Docker containers or Java archives.

Cloud build is the serverless CI/CD platform.Cloud Build will allow us to develop complete workflows to quickly build our code, containerize and deploy it to VMs, k8s or serverless for instance.

It essentially operates with something called “Triggers” that includes a setup for how Cloud Build will be triggered. We might say that our triggers represent pipelines.

Cloud Build will run your build as a series of build steps, where each build step is run in a Docker container. Running build steps is analogous to executing commands in a script.

Here’s a flow diagram of setup : 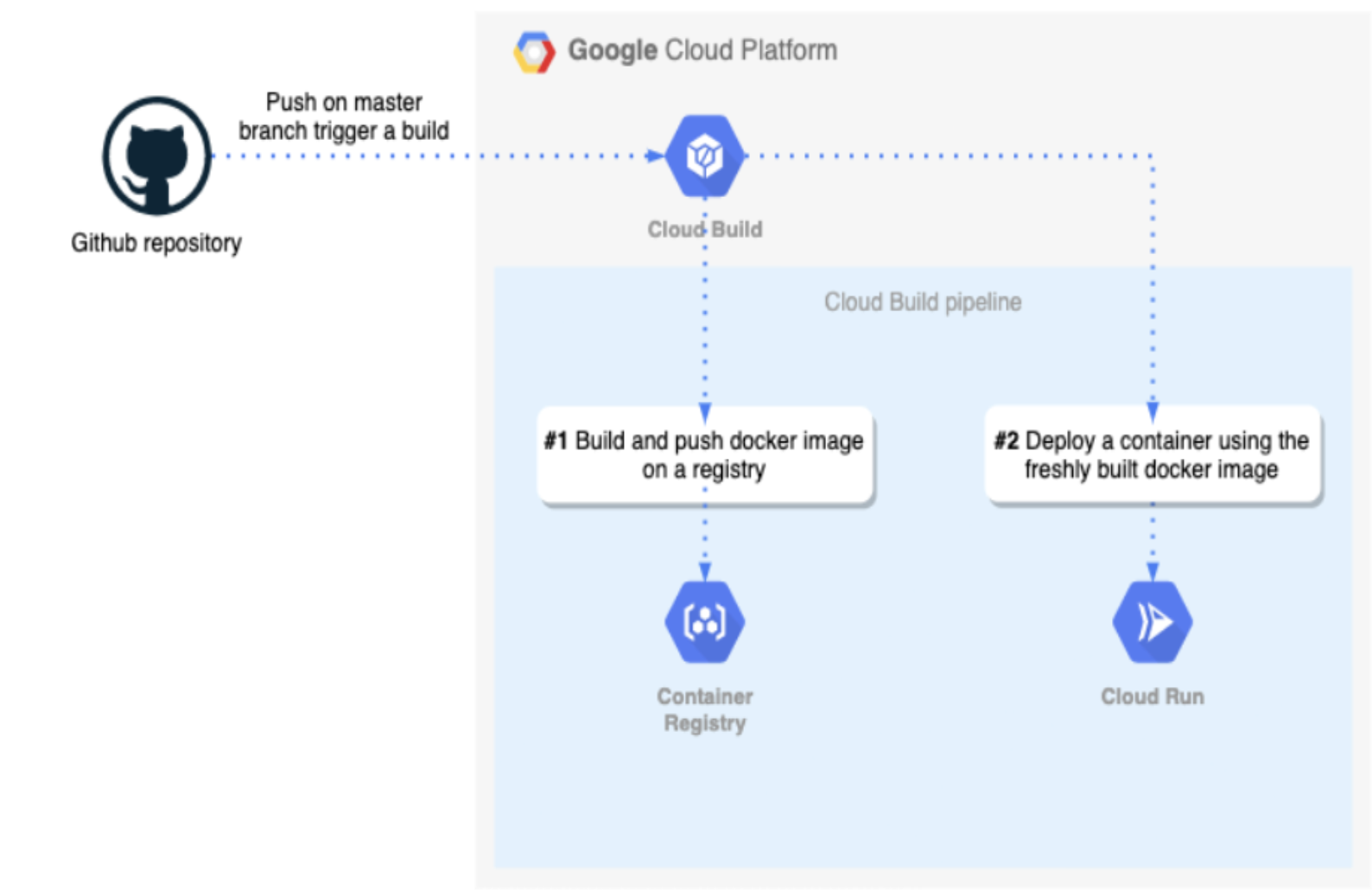 Some of the features of Cloud Build: